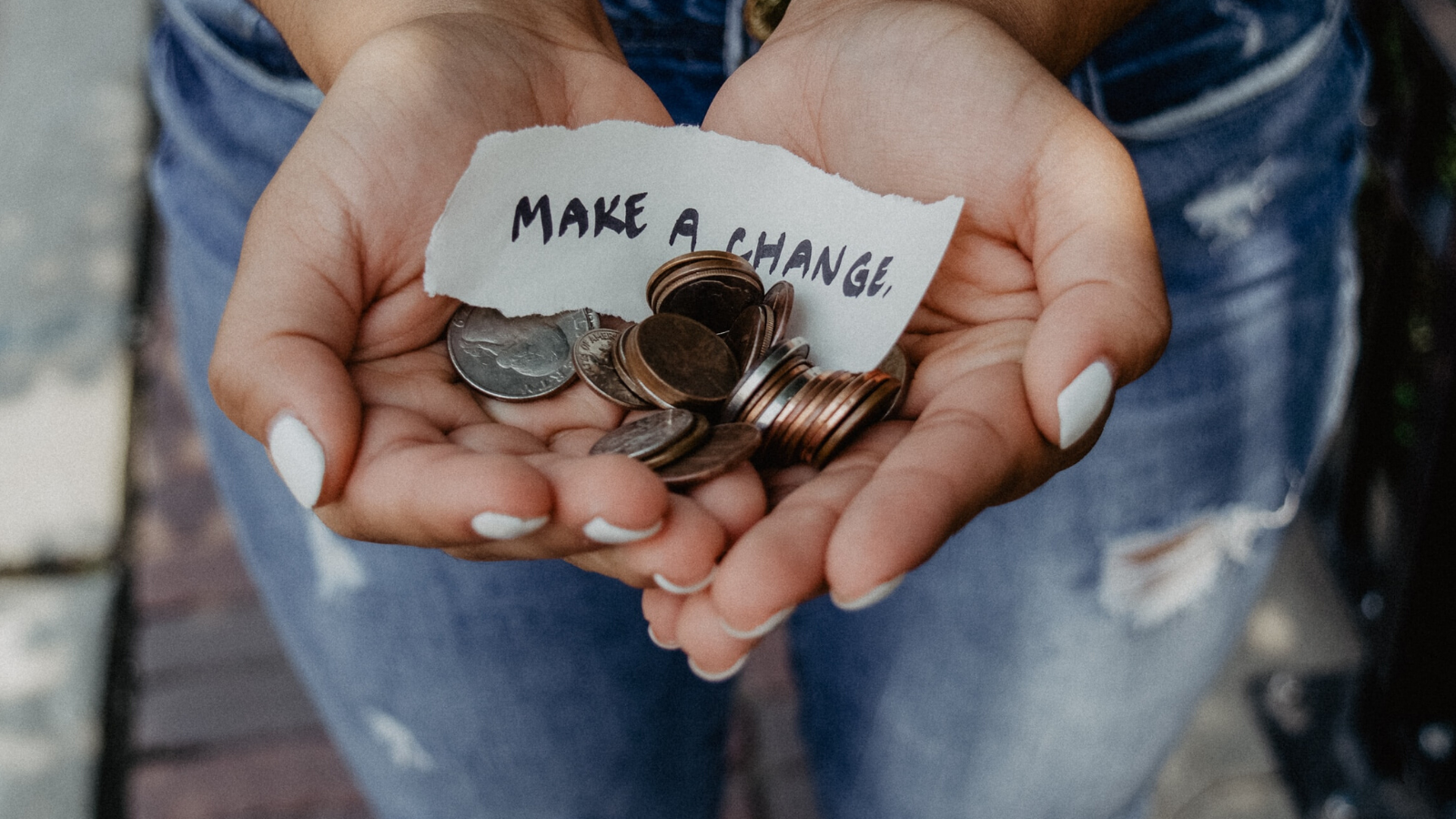 According to Giving USA, Americans gave $427.21 billion to U.S. charities in the year of 2018. With that number steadily increasing each year, it’s important for your organization to make a lasting impression in the minds of current and potential donors. So how can your organization win over their generosity?

Understanding the mind and behaviors of a donor: from why they donate to the characteristics they look for in a favorite nonprofit, is among the most crucial when optimizing your fundraising strategy for the year. Based on our eight-part Donor Mindset Study of over 1000 American donors, we came up with three actionable tips that will help bring your fundraising strategy to the next level:

Combine the Powers of Both Direct Mail and Email Marketing

The third report of our Donor Mindset Study investigates the long-standing debate: is email or direct mail a more effective means of communicating with donors?

As technology continues to progress at an incredibly fast rate, people are left to wonder if direct mail is in fact on its way out. In addition to this, there has long been a belief in the industry that older donors stick by direct mail, while younger donors reject it in favor of digital communication. Surprisingly, our study found that neither are the case: 84% of all donors see advantages to both direct and email communications.

When asked which was better at communicating facts and information, donors were also split between both methods: 32% said email, 37% said direct mail, and 30% see no difference between the two. However, there is quite a discrepancy when looking closer at age and household income. The youngest donors give a strong advantage to email in regards to communicating information, but as age increases so does the advantage for direct mail. As for income, the lowest income group favors direct mail and households earnings six figures greatly favor email.

So what exactly does this tell us about how much direct mail versus email nonprofits should be using?

It tells us that a good mix is still effective, as each method has a clear place in donor communications. Concentrating too much on one versus the other, or trying to migrate from one to the other, is likely to leave a good portion of donors feeling a bit left out, and will fail to engage the advantages that each method offers. According to Nonprofit Source, it can also take up to 18-20 touchpoints to reach a customer for the first time. Moreover, direct mail combined with digital ads yields a 28% higher conversion rate. This further establishes the fact that using both forms of communication continues to be effective, especially if your ideal donors vary in age, income, and/or other demographics.

The second report of our Donor Mindset Study covers the real and perceived generosity of American donors; and the findings were a bit shocking.

For starters, the average American donor overestimates the proportion of income they give to charity each year by 331%. To get more specific, donors believe they give 8.4% of household income to charities each year when in reality they contribute less than 2%. That means that donors perceive that they give more than four times what they actually give.

All of these facts add up to a picture of donors who truly believe they’re doing far more than they’re actually doing, and far more than most other people are doing. So why is this important for nonprofits?

By understanding the overall perception of generosity among donors, nonprofits can gain perspective on whether or not potential donors feel they need to give more or if they believe they are already doing enough. With the perception that they are going above and beyond with giving, even more so than others, it’s likely that donors will be less inclined to give the next time they are asked.

With this information in mind, one idea to consider would be to offer donors a simple calculator to help them set and reach their overall giving goals each year. This way, they are able to clearly see what they contributed instead of making assumptions. One thing to note, however, is to try and encourage giving in general rather than just giving to your organization. Spreading the message of the importance of giving to the charitable sector will not only influence donations towards your organization, but hopefully to charities as a whole.

Transparency around fundraising goals can also encourage people to take a second look at their giving for the year and potentially convince them to open their wallets once more. If your organization set a goal for the year and didn't quite reach it, share that with supporters or with the donors that have the means to increase their giving. Honesty and transparency can go a long way!

Learn From Your Competitors

Despite an endless amount of charitable organizations across the globe, just 20 of them account for the favorite charities of over half of the donors we studied. If you’re working for or with one of the 20, congratulations. If you’re not, here are some of the lessons and common themes to take away:

Intentional Visibility: Visibility and overall brand awareness appeared to be a significant characteristic among the 20 favorite organizations. ALSAC/St. Jude invests considerably in DRTV fundraising (which aids in building brand familiarity). Goodwill has large stores all over the country, with over $4 billion in retail sales. The Salvation Army’s red kettles are nearly ubiquitous during the holidays. These brands are out there for people to see, and easy to recognize because of those efforts.

Some of the ways your nonprofit can boost brand visibility include being active on social media, writing blog posts tailored to donors, investing in advertising, or even just optimizing your website for keywords (also known as SEO). Check out this article by Classy for specific tips on website optimization for nonprofits.

Having a "hook": Many of these nonprofits have gained attention and visibility through notable partnerships, celebrity endorsements, and/or memorable stories.

The United Way’s long-time collaboration with the NFL is a great example of how strategic partnerships can help to further-establish a nonprofit’s brand identity. Their partnership is the longest-running collaboration in history between a major sports league and a nonprofit.

Another nonprofit on the list, the ASPCA, consistently uses Sarah McLachlan in their well-known, emotional TV advertisements. Similarly, St.Jude often features spokeswoman Marlo Thomas in TV and other advertisements.

As for memorable storytelling, Wounded Warrior Project uses stories of real veterans and how they have been impacted by the organization as the main focus of advertising. This not only creates an emotional connection with potential donors, but also establishes credibility for the nonprofit and its mission.

Connecting with People: While most of these favored organizations are huge, many don’t feel that way because of local networks: United Way’s local affiliates, the many local Salvation Army Centers, the Red Cross mobile donation centers and disaster response that is visible in local communities. You can personally pack shoeboxes for Samaritan’s Purse, or connect with an individual sponsored child through Save the Children. Many of these brands have been particularly successful at connecting with people in ways that make them seem more than just gigantic, faceless, charities.

To learn more about America’s most favorable charities and what specific factors make them appealing to donors, you can find the eighth report of our Donor Mindset Study by Clicking Here.

In today's world, data is often deemed as one of the most powerful resources. Utilizing research insights is a crucial tool that any nonprofit organization can benefit from, especially if it involves learning more about potential and current donors.

In regards to optimizing a fundraising strategy, it's also important to keep in mind that donors are just one of the many sources of funding for nonprofits. In addition to donors, a mix of several other funding sources is best for any organization. These can include Membership Fees, Corporate Giving/Sponsorship, Grants, and Cause-related Marketing. In addition (and as a shameless plug), Opinions4Good offers a unique and effortless source of funding for nonprofit organizations. We work to create a community of survey-takers dedicated to giving back to the nonprofits they love, and have raised over $470K for our nonprofit partners to date. To learn more about our nonprofit partnership offerings, you can register your nonprofit by clicking the button below or reach out to marketing@op4g.com 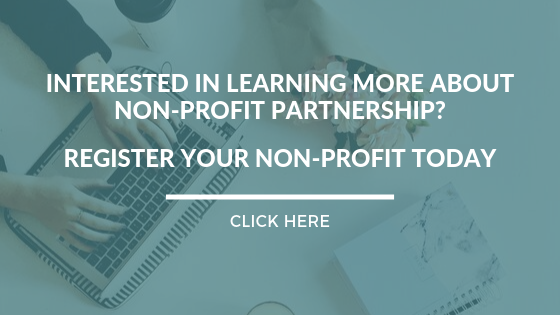