You’re Fired! How Pollsters Failed in the 2016 Election and the Lessons for Survey Design

Less than a week ago, Donald Trump was sworn in as the 45th President of the United States. It was an unexpected outcome for those who followed polls in 2016. Even on the eve of the election, the New York Times poll predicted that Clinton had an 84% chance of winning. Pollster Nate Silver and the Princeton Election Consortium calculated a 71% chance and 95-99% chance, respectively. So why did “serious predictors completely misjudge Trump’s chances of victory”? Experts point to several likely factors, including:

Many of the leading presidential polls were national. In other words, they polled voters from across the United States. But national popularity does not determine the presidency. Instead, what matters is the Electoral College outcome, determined on a state-by-state basis.

Of course, state-level polls also had their weaknesses. Due to limited budgets, the “vast majority of state polls [were] not done with scientific, random samples of residents”. Their sample sizes were “often much lower” than for national polls. (Moreover, some hypothesize that state-level polls in the Midwest failed to “properly control for the urban and rural difference in the electorate”.)

Years ago, pollsters would randomly call landlines listed in the phone book. Today, however, at least 47% of US households lack landlines, depending only on cellular phones. Omitting this group could skew survey results.

For this reason, some pollsters try to incorporate cell phone polling. Other companies, however, lack these resources. After all, cell phone numbers cost money (they are seldom publicly listed). Calling cell phones also takes more time, as they are legally protected from autodialing.

Pollsters often make assumptions about their sample. For example, they often assume the voter turnout by age, race, class, education level etc. But these estimates are not always accurate. In the 2016 election, “Trump may have succeeded in bringing out rural low education voters who usually don’t make it to the polls”. Furthermore, Clinton voters seem to have overstated their likelihood of voting.

In recent years, poll aggregators have gained in popularity. By gathering and averaging polling results, they are supposed to “smooth out the kinks” of individual polls. However, “poll aggregators are only as good as the polls themselves”. When all the polls have a bias in the same direction, the aggregator will show—or amplify—the bias.

Additionally, people have a tendency to interpret new evidence as confirmation of their existing beliefs or theories. Known as “confirmation bias”, this may have led some analysts to ignore or downplay the (rare) polls that showed an advantage for Trump, the presumed “underdog”.

The failure of 2016 election polls offer lessons for survey development:

Op4G is here to help. Our team uses propreitary technology to provide programming, hosting, and sample recruitment for quanitative and qualitative studies. Our unique approach to recruitng yields a highly engaged group of people who have a vested interest in their community.

Contact Op4G today to learn more about our capabilities. 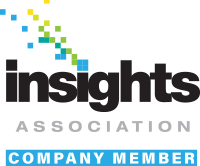